Writing Text for Opera – Academy for Dramatists and Composers 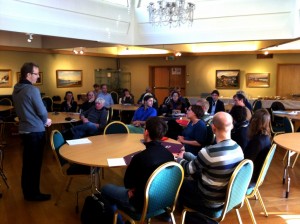 Virtually anyone in the four corners of the earth knows Wolfgang Amadeus Mozart, the musical prodigy. Many could probably go as far humming some aria from his operas, maybe Le Nozze di Figaro or the Don Giovanni. But very few people ever heard of Mozart’s most gifted librettist, Lorenzo Da Ponte, who penned those and many other extraordinary librettos. How come? According to historian and musicologist Della Seta, once librettists were considered as important contributors to an opera as the composers. Librettos were appreciated for their literary qualities in the same ways as, say, a play by Shakespeare or Shiller, and the librettists were amongst the “pop stars” of the times, as well-known as music composers. Throughout the 1800s, however, the composer came increasingly to the fore at the expenses of their literary counterpart, who faded into oblivion. The libretto lost its status as a genre in its own right, and opera lyrics were often discredited as pompous, old-fashioned and redundant.

How can words and music serve each other?

Redressing the historical unbalance between text and music is not simply a task for music historians; it is also a crucial point to revitalize the opera genre and open up new space for development. Author and composer, lyrics and tunes, need to meet and ‘merge’ into each other. Opera Art is about how to tell a story through music and, although much and more has changed from Mozart’s times, the challenge for contemporary opera remains the same: how can words and music serve each other? In a good opera, text words and music become one, so inseparable that you cannot imagine one without the other, says Mary Miller, opera chief of Bergen National Opera. Therefore, besides reevaluating the role of the libretto and the author, a newfound collaboration between composer and author is to be sought.

Speed-dating at the Opera House?

Academia should not be limited to pure theory but also undertake practical experiments – to see what works, what does not, and why. With this approach in mind, during the three days-long program the two groups of participants (established dramatists and composers in the ‘core group’ and beginners in the ‘aspirant group’) attended master classes and discussions, while also participating to practical workshops, all under the guidance of a varied group of renown writers, composers, singers and directors. After a first all-encompassing outlook on librettos and a general discussion during the first day, the following two days were dedicated to writing sessions such as the “speed-dating” activity: composers and authors were paired up and given a drawing as a starting point. From the feelings and ideas evoked by the drawing, the couples started to exchange and challenge each other, gradually building up a story that supported a tune _ and vice versa. During the last day, all participants shared the results of the workshop with each other, the coaches and the academy leaders and, after a master class of arias led by Judith Weir and and David Harsent, the groups picked up the threads and the questions raised during the first day.

The workshop lead by Michael McCarthy