Someone Is Going to Come 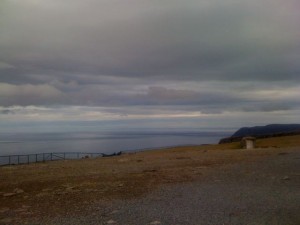 Introduction of Jon Fosse in China as Norway’s new Ibsen

Someone Is Going to Come

A poetic play of paranoia and sexual jealousy by one of the world’s most celebrated playwrights, Someone Will Come involves a man and a woman who move to an old, run-down house in the middle of nowhere in order to be alone together. From the beginning, however, they grow anxious that “someone is going to come”. And sure enough, someone does come…

Fosse was born in Haugesund, Norway and currently lives in Bergen. He debuted in 1983 with the novel Raudt, svart (Red, black). His first play, Og aldri skal vi skiljast, was performed and published in 1994. Jon Fosse has written novels, short stories, poetry, children’s books, essays and plays. His works have been translated into more than forty languages. He is widely considered as one of the world’s greatest contemporary playwrights. With The play Someone is going to come, translated by Lulu Zou, the Chinese theatre audience will meet Jon Fosse´s text for the first time on a theatre stage.

Han Sheng, 1985 graduated from the Shanghai Theater Academy stage art department, worked as assistant, lecturer, associate professor and deputy director of Stage Art Department, Directing Department. Vice president of the Shanghai Theatre from 2004, in September 2009 he was appointed president of Shanghai Theater Academy. His works as a stage designer include: the Cantonese operas “Home”, “Butterfly Dreams”, the drama “Peony Pavilion”, the film “King Lan Ling” and the Beijing 2008 Olympic Games opening ceremony as creative designer. Has received numerous awards including “outstanding expert” of the Ministry of Culture, “leading talents in Shanghai” and “Dawn scholar” award.

Lulu Zou is a published translator and scholar in theatre arts. She is a professor with Shanghai Theatre Academy. Her translation works of dramas, films and other literary works have been published and performed in and outside of China. In recent years she’s been focusing on the study of the contemporary Norwegian playwright Jon Fosse. Her publications include “The end of the World—- Key Images in Jon Fosse’s Plays” published (2010 , Theatre Arts). She traslated numerous scripts including Jon Fosse’s (“Deathvariations”, “Someone Is Going to Come”, “The Name”, “Dream of Autumn”, “A Summer’s Day”, “The Guitar Man” and others), Jenny Kemp (“The Black Sequin Dress”), A. R. Gurney (“The Dining Room”) and numerous literary and academic essays.

His recent research include: training on the body and voice of actors, open scene training, improvisational acting, body culture of actors.

Graduated in 2006 from the Department of Fine Arts Stage of the Central Academy of Drama with a master degree in light design. Currently teaching at the Shanghai Drama Institute, Department of Stage Design. His works as a light designer include the musical “Song of the film” (2010), Guangzhou Yue Opera “travel Theatre” (2010), “Red Rose and White Rose” (2008 and 2010), the ballet “The Seasons” and others.